Bill Russell, the president and chief executive officer of the Lake Norman Chamber of Commerce, is a resident of Huntersville, NC. Bill attended Winthrop University and graduated with a Bachelor of Science Degree in Business Administration. He is a native of Rock Hill, South Carolina. He served in 1992-1993 as the 73rd President of the United States Junior Chamber of Commerce (Jaycees).

Bill serves on the Boards of Visit Lake Norman, Hugh Torance House & Store, Our Towns Habitat for Humanity, Lake Norman EDC, the Ada Jenkins Center, and United States Jaycee Foundation. He is a past president of the Lake Norman Kiwanis Club and the Carolinas Association of Chamber of Commerce Executives. He is also a member of the North Mecklenburg Rotary Club. In 1996, he was recognized with the Order of the Palmetto, the highest honor bestowed upon a citizen in the State of South Carolina for his civic involvement. He is a graduate of the U.S. Chamber Institute for Organizational Management and a Fellow with the N.C. Institute of Political Leadership. In 2008, Bill achieved his Certified Chamber Executive (CCE) designation with ACCE. 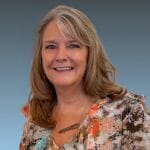 Sylvia has over 20 years of chamber of commerce experience and will be assisting with membership growth, retention, administrative duties, events and programs.  State of NC Notary Public.   She served as Special Events Coordinator and Community Development for the Mooresville Chamber of Commerce for 18 years where her primary duties included working with volunteers, high school shadowing program, public relations, women's network, website, social media, marketing and communications.  Prior to that Sylvia worked for the Marlborough Chamber of Commerce in Massachusetts as Executive Assistant to the President.  She has attended the United States Chamber of Commerce institute for Organizational Management and Professional Development, and is a graduate of the Mooresville Police Dept Citizen's Academy.  A New England transplant Sylvia and her husband Dave have two daughters and three grandchildren.

Jack is the "go-to" guy for information regarding:

He's also responsible for the membership benefit programs, as well as membership contact information, membership renewals and new members. Prior to working at the Chamber, Jack spent 30+ years as a retail banker in the San Francisco Bay Area.  There he served as Senior Vice President and also served on the Bank's Board of Directors.  In 1989-90, he served as president of his local Rotary Club and was very involved with his church.  He and his wife Vickie moved to the beautiful lake region for a complete change of pace.  In addition to his position at the Lake Norman Chamber of Commerce, Jack is an active Board Member of H.O.H.T (Helping Others Help Themselves - a local employment training and job bank. 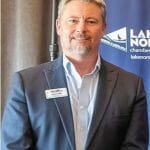 2021 Immediate Past Board Chair 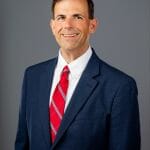 The Range at Lake Norman

Holly Zienka, Finance Director - Holly serves as the bookkeeper for the Chamber overseeing the financial operations including membership receivables and payables. Holly has worked over 15 years in both public and corporate accounting sectors. She has focused on non-profit accounting over the last several years with various non-profits and churches. Holly attended Central CT State University and graduated with a Bachelor of Science Degree in Accounting. She resides in Mount Pleasant with her husband and 2 children.